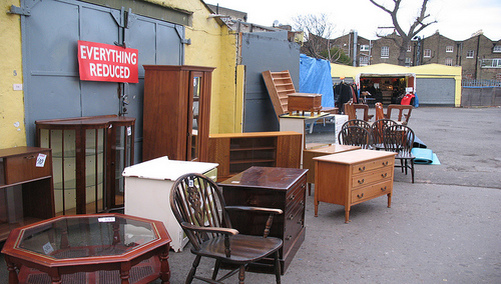 The creators of the wildly-popular, one customer served, Hope for Homeowners program are reportedly looking to expand their stable of loss mitigation tools.

The Department of Housing and Urban Development is considering principal balance reductions of up to 30 percent on FHA loans in an effort to keep homeowners afloat, according to National Mortgage News.

Details are preliminary, but basically the FHA would pay a partial claim to the loan servicer or investor of the mortgage to cover the write-down and bring the loan current.

Here’s the kicker though…eventually, the borrower would have to repay the forgiven balance, something I see as a deal killer.

Hope for Homeowners had similar issues, with the whole forcing borrowers to split any future profits from the sale of the property with the government if they accepted a write-down.

But as more FHA loans fall delinquent, it’s clear the agency will need some serious loss mitigation tools of its own unless it wants to meet a fate similar to that of Fannie and Freddie.

FHA loans 90 days or more past due, including those in foreclosure, rose to 7.46 percent last month, up from 6.16 percent a year ago.

While the numbers aren’t awful, comparatively, the FHA’s expanded role in the housing market going forward puts them at serious risk of failure.

In fiscal year 2008, FHA loans accounted for 12.55 percent of all single-family mortgage originations, up from 4.12 percent a year earlier, unhealthy growth at its best.

Back in early February, Wells Fargo revealed it was extending principal balance reductions to some of its inherited Wachovia borrowers, but such offers continue to be rather rare in favor of simple repayment plans and interest rate reductions.