Lenders Kept Appraiser Blacklists for Those Who Refused to Inflate Values 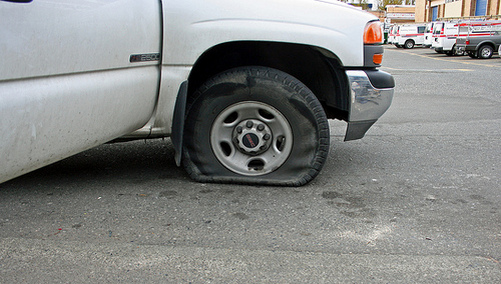 Banks and mortgage lenders kept appraiser blacklists for those who refused to falsely inflate home values, according to a report from the Center for Public Integrity.

These lists apparently contained thousands of names of appraisers who weren’t willing to play ball, or simply couldn’t come up with the values needed to get deals closed.

One mortgage lender, Amerisave, had nearly 12,000 appraisers on its “ineligible appraiser list,” which was available online until this report got underway.

However, the Center found that many appraisers “bowed to lender pressure” to stay relevant in the business, and often agreed on a certain house value before actually carrying out the appraisal.

Amazingly, pressuring an appraiser to inflate the value of a property is only a crime in about 20 states, but often just a misdemeanor punishable by fine, which clearly doesn’t deter perpetrators.

One appraiser from Vero Beach, Florida said lenders forced appraisers to abandon their standards if they wanted to get work, often providing an estimated value for a home on each appraisal order.

Appraisers would then work backwards from the estimate to “make the value,” which he said was actually easier than coming up with a real value.

“And since appraising homes is subjective — both an art and a science — it was easy to fudge numbers,” the report said.

Of course, it wasn’t always this way; banks and lenders used to rely on appraisers to come up with solid values so they wouldn’t get burned by the loans they held in their portfolio.

But once the originate-to-distribute model came around, where loans would be quickly originated and bundled into securities on the secondary market, it was all about volume and quality slipped out the window.

This also explains why underwriting went to the dogs and why banks and lenders pushed high-risk loan programs that were seemingly destined to put borrowers in a position of failure.

On May 1, the so-called Home Valuation Code of Conduct will go into effect; it eliminates broker-ordered appraisals, prohibits appraiser coercion, and reduces the use of in-house appraisals and captive appraisal management companies.

It’s intended to strengthen the appraisal process and reduce mortgage fraud, but it’ll probably just be a matter of time before the new rules are circumvented…