Loan Modifications Up at Fannie, Freddie, But So Are Late Payments 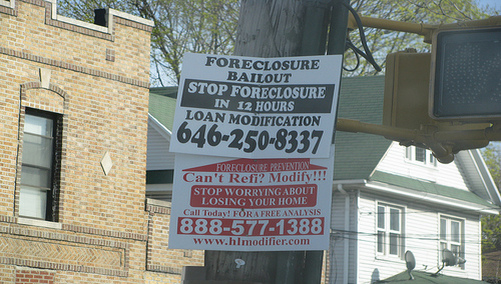 Loan modifications at Fannie Mae and Freddie Mac were up 57 percent in the first quarter compared to the fourth quarter, and more than double the numbers seen a year ago, according to the FHFA.

During the first quarter of 2009, nearly 37,000 loans were modified, results which reflect the Streamlined Modification Program, but not the Home Affordable Modification program that was still being developed in March.

“The use of serious loan modifications by Fannie Mae and Freddie Mac has risen dramatically,” said FHFA Director James Lockhart, in a release. “As a result, more homeowners are seeing payments significantly reduced and fewer people will lose their homes.”

Loan modifications accounted for 43 percent of all completed foreclosure prevention actions during the quarter, up 33 percent from the linked quarter.

More than half reduced monthly mortgage payments by greater than 20 percent, up from the mere two percent that did so a year ago.

Total foreclosure prevention actions, including forbearance, repayments plans, and other measures, increased 20 percent from the fourth quarter and more than doubled numbers from a year earlier.

Home retention actions, where the borrower actually remains in the home, accounted for 90 percent of all these actions completed during the first quarter; the remaining 10 percent were things like short sales and deeds in lieu of foreclosure.

One in 10 nonprime loans was 60 days + behind, while just three in 100 prime loans held that distinction.

Fannie Mae and Freddie Mac own or guarantee 56 percent of all mortgages, but only account for 22 percent of those delinquent.

Private label mortgages continue to be the root of the problem, but still aren’t the focus of foreclosure prevention plans currently in action.