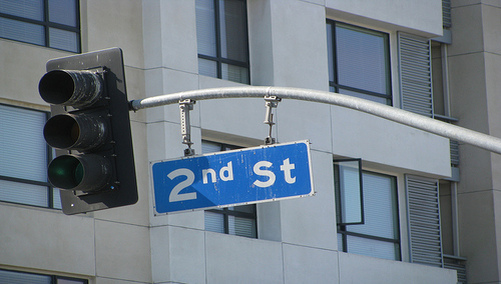 Bank of America announced today that it’s the first mortgage servicer to formally commit to the pending second-lien component of the Home Affordable Modification Program (HAMP), which has yet to be finalized.

The so-called “Second Lien Modification Program” (2MP) will allow loan modifications on second mortgages upon completion of a HAMP modification on the associated first mortgage.

“For many homeowners facing severe financial difficulty, decreasing the payment on the first mortgage without a reduction in the payment on the second lien may not produce an affordable combined mortgage payment,” said Barbara Desoer, president of Bank of America Home Loans, in a press release.

“Signing this contract ahead of the release of the final program guidelines is a continued demonstration of Bank of America’s strong overall commitment to homeownership retention and to the Making Home Affordable program as the centerpiece of these efforts.”

Sadly, the bank had completed only 98 permanent loan modifications under HAMP through November, before being criticized and bumping the number to 3,183 as of the end of December.

It’s still far fewer than other leading loan servicers, though they have a large number of trial loan mods in the pipeline.

The bank and mortgage lender has modified more than 57,000 second liens over the past two years using its own loss mitigation tools.