Three Out of Four Loan Modifications May Re-default 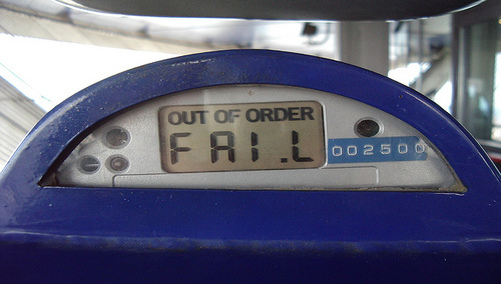 So much for loss mitigation…

Between 65 percent and 75 percent of modified mortgages may re-default after 12 months, according to a new report from Fitch Ratings.

The credit ratings agency noted that though loan servicers are ramping up loan workouts, they’re fighting off the effects of the recession, including rising unemployment, shrinking disposable income, and possibly “deceptive practices” by borrowers themselves.

Loan modifications are on the rise, with seven percent of all residential mortgage-backed securities and 18 percent of subprime loans modified through the end of last month, but concerns remain whether they’ll do any good.

“Loan modifications hold clear value for many homeowners provided the modified payments are sustainable, but more often than not reducing the home payments to an affordable level may not be enough to rescue borrowers who are overextended on other credit and expenses,” said Managing Director Diane Pendley, in a release.

“With continued home value declines in many markets, there is growing evidence that some homeowners are voluntarily walking away from their homes even if they can financially afford to stay.”

Pendley added that capable borrowers are positioning themselves to receive relief via loan modifications, but many may choose to cut their losses regardless if they’re too far underwater on the mortgage.

At the time, they called on servicers to use a combination of payment reduction and principal forbearance or forgiveness to create more sustainable loan mods going forward.

We won’t know for several months if that’s actually happening; in the meantime, expect ugly numbers to fester.