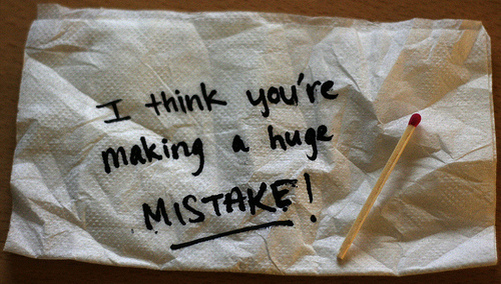 “My biggest mistake, probably of my whole career, was not closing down our mortgage broker business sooner,” Dimon said, while citing loss rates two to three times higher on broker-originated loans versus those originated by retail employees.

He made the remark while pleading with Congress to stop “vilifying” corporate America, adding that we could get through this unprecedented crisis if we all stopped arguing.  Hmm…yeah, that sounds about right.

“NAMB urges Mr. Dimon to recognize that mortgage brokers do not create loan products, do not determine the automated underwriting systems used to qualify borrowers, do not underwrite the loans, and do not approve borrowers for those loans – Wall Street investment banks ‘who are now out of business’ did that.”

“Furthermore, Mr. Dimon’s remarks on U.S. economic outlook to the Economic Club of Washington acknowledges the real problem was a failure of management saying, “Bad underwriting was totally to blame, however we didn’t see the results because the housing market was so good and we didn’t see any losses.”  Underwriting is the fundamental role of his bank and his management and any bad underwriting is due to their poor judgment.”

It’s true that underwriting it the duty of the bank issuing the mortgages, but there is something to be said of a default rate two to three times worse via the wholesale channel, but I digress.

“I understand the need to blame someone outside the financial institutions for the failures of leadership and accountability to their respective Boards of Directors” Savitt added, “but Mr. Dimon should admit to the world that they created mortgage products and sold them through all origination channels – banks, lenders, credit unions, homebuilders, mortgage brokers – based on Wall Street’s determination that they could be securitized and sold to investors across the globe.”

“Most Wall Street investment banks owned the largest of the sub-prime lenders, a fact Mr. Dimon failed to disclose in his remarks.”

Is anyone else sick of corporate America yet?  Sure, mortgage brokers played a hand in this mess, but there were a host of problems related to the ongoing mortgage crisis, all nastily intertwined.