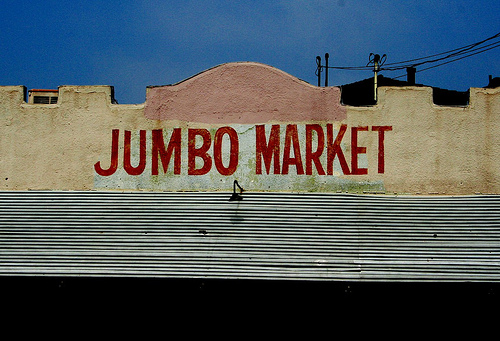 As jumbo loan financing continues to be increasingly difficult, many potential homeowners in expensive regions of the country are finding it next to impossible to secure financing on their homes.

These days, most mortgage lenders are sticking to loan products they can easily sell to the GSEs, Fannie Mae and Freddie Mac, which must stay at or below the conforming loan limit of $417,000.

Problem is the median home price in places like the San Francisco Bay Area is $625,000, forcing many loans into the jumbo realm unless homeowners put down some serious cash.

And even then, mortgage rates on jumbo loans come at a premium, likely forcing some potential homeowners to think twice about buying a new home.

According to real estate information service DataQuick, home sales in Alameda County (East Bay) last month were down 43.9 percent compared to year-ago numbers, thanks in part to a lack of available jumbo financing.

“A lot of escrows just didn’t close in September because the buyers couldn’t get financing. Some of those sales might close this month or next, but many of the deals are going to be put on hold or die on the vine,” DataQuick president Marshall Prentice said.

Bay Area home sales sank to their lowest point in roughly 20 years last month, according to DataQuick statistics which only go back to 1988.

Could this be proof that a blanket conforming loan limit for the nation is something that needs to be revised?