Adjustable Rate Mortgages All But Gone 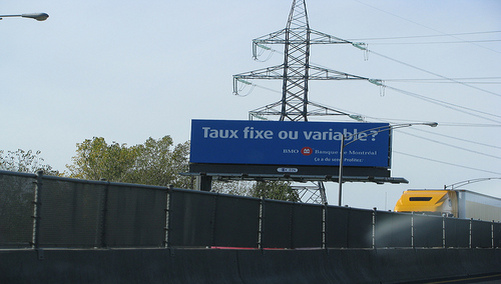 The precipitous decline in adjustable-rate lending was driven by low fixed interest rates and costly premiums for initial interest rates on Treasury-indexed ARMs.

In fact, Freddie’s survey found that starting rates on conforming one-year ARMs priced 1.76 percent higher than the fully-indexed rate, after the loan adjusted.

In other words, borrowers were better off once the loan actually adjusted, as the initial rate averaged 4.95 percent and the adjusted rate came in at a super-low 3.19 percent.

That’s the largest rate premium observed since Freddie began collecting ARM data in 1984, and quite the opposite of the norm where a teaser rate typically sucks the borrower in.

“Further, rates on 30-year fixed-rate mortgages had fallen to 50-year lows and were near or below initial rates on ARM products,” said Frank Nothaft, Freddie Mac chief economist.

In 1999, 96 percent of banks and lenders offered the once-popular loan program, but recently ditched it in favor of hybrid ARMs.

“The most popular products were the 3/1 and 5/1 ARMs, which have an initial reset period of three and five years, respectively, and then adjust annually thereafter. About 90 percent of lenders offered the 5/1 hybrid; this product accounted for most of the conventional, prime ARMs originated in 2008,” added Nothaft.

Last month, only three percent of applications were for adjustable-rate loans, down considerably from the 36 percent share seen in peak lending months during 1995, 2000, 2004, and 2005.