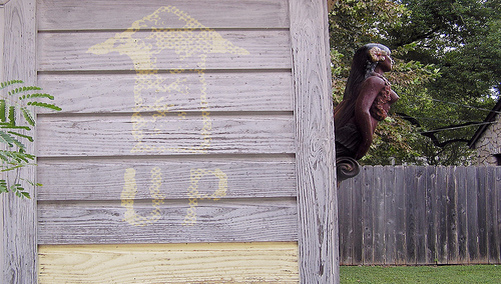 Both delinquencies and foreclosure starts increased during the second quarter, largely because of hot spots in California and Florida, coupled with the infamous option arm.

The delinquency rate (30 days or more behind on mortgage payments, excluding foreclosure) for mortgages on one-to-four unit residential properties climbed six basis points to 6.41 percent from the first quarter, up 129 basis points from a year ago, the Mortgage Bankers Association said today.

The rate of foreclosure starts and the percentage of loans in the process of foreclosure set new records during the second quarter, while the seasonally adjusted total delinquency rate continues to be the highest on record.

And though improvements were seen in states like Texas, Maryland, and Massachusetts, California and Florida dragged the nation down, accounting for 39 percent of all foreclosure starts during the quarter and 73 percent of the increase between the first and second quarters.

So-called prime ARMs, which include toxic option arms, accounted for 23 percent of foreclosure starts during the quarter, and should dominate any increase going forward, according to the MBA.

This is evident in the fact that the increase in prime ARM foreclosure starts during the quarter was greater than the combined increase in fixed-rate and ARM subprime loans.

From the first to second quarter, the seasonally adjusted delinquency rate actually decreased for subprime, FHA, and VA loans, but increased 22 basis points to 3.93 percent for prime loans.