Is Option Arm Bailout Next? 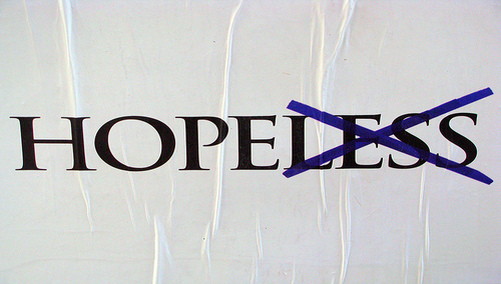 Foreclosures have been halted and loans have been modified, even for those underwater, but what about those pesky option arm loans?

The WSJ says government officials are looking for ways to reduce losses, as a flood of option-arm related foreclosures could dent any semblance of a housing recovery.

The so-called “toxic loans,” which allowed borrowers to defer interest up to 125 percent of the loan balance, are so far underwater that they seem destined for foreclosure.

Even with a principal write-down, a mortgage rate reduction, and extended amortization, the prospect of paying off the loans still doesn’t look all that bright. That’s a testament to just how bad these loans are.

Apparently investors believe principal reductions are the key to saving these loans, along with refinancing borrowers into more traditional FHA loans.

Loan servicers, on the other hand, believe the solution is forgiving deferred interest and converting them into interest-only loans.

Unfortunately, many of these loans already have rock-bottom mortgage payments (as low as 1%), so there isn’t much room to negotiate.

Factor in the ridiculous amount of negative equity resulting from plummeting home prices, and you’ve got a loan mod scenario that would likely fail the net present value test required to complete one under the government’s program.

But the loans represent no small minority; they account for nearly 40 percent of loans 60+ days past due in Florida and Nevada, 28 percent in California, and 20 percent of delinquent loans in Arizona.

And another million option arms are expected to reset over the next four years.

They also pose a huge risk to some of the nation’s largest banks, including Wells Fargo, who inherited a $90 billion Pick-A-Pay portfolio from Wachovia.

Of course, they say they’ve been able to modify the loans using the current government program and their own loss mitigation programs, but that seems, at best, optimistic.

Then there’s Chase, which holds nearly $40 billion in option arms, acquired from WaMu, and Bank of America, who took on Countrywide’s $23 billion pay-option arms.

The problem: how do you save something that is beyond redemption? There’s a good chance most of these loans won’t be saved, and the borrowers will face foreclosure, or perhaps a short sale.