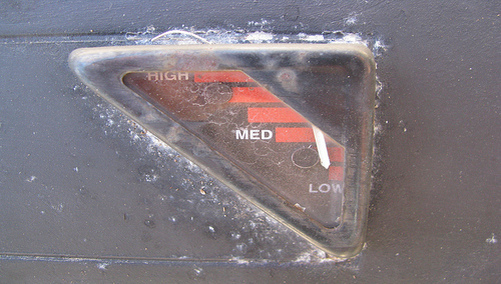 Now I’m not sure how many borrowers actually held onto their adjustable-rate mortgages (by choice or necessity), but if they had, they’d probably be enjoying an unexpected surprise.

Many of the popular mortgage indexes are at multi-year lows, spelling serious discounts for those with associated ARMs.

The MTA for example, popular on the now infamous option arm, fell for the 21st consecutive month to 1.633 percent, its lowest level in years.

That means borrowers with margins of say 2.5 percent are able to pay a fully indexed rate of just over four percent, a rate well below market for fixed mortgages at the moment.

Of course, skeptics will argue that most that hold option arms aren’t able to make anything other than the minimum payment, but surely the rate discount will keep some troubled borrowers in their homes.

Meanwhile, the COFI fell roughly 40 basis points between November and December to 2.757 percent, keeping monthly mortgage payments more affordable for those who chose that index.

The COFI has certainly been lower in recent years, but the index is well below the four-percent range seen in much of 2006 and 2007.

Finally, the ever-popular Libor index is ranging between 0.41 percent for the one-month index to 1.68 percent for the six-month, down from the five-percent range in recent years.

Again, factoring in a margin of 2.5 percent, and you’ve got fully indexed rates between 2.91 percent and just over four percent (not bad for an exploding ARM).

Now I’m not suggesting that these low indexes will save the world, but they could definitely help a number of distressed borrowers unable to refinance into fixed loans scrape by, at least in the short term.