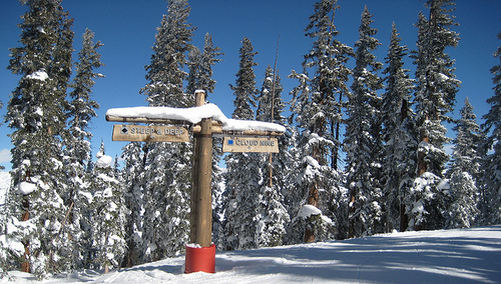 Aside from trying to clear his own name, Countrywide CEO Angelo Mozilo also took time to defend adjustable-rate mortgages and pay option ARMs, claiming they helped open the door to homeownership.

Mozilo blamed the current mortgage crisis on anything but mortgage lenders and the loan programs they offered, choosing instead to defend some of the riskiest products available today.

“Much blame has been leveled lately at the variety of products, such as adjustable rate mortgages,” said Mozilo, in a statement prepared for the Committee on Oversight and Government Reform. “Before the onset of the current housing crisis, these products were widely offered by industry because they made homes more affordable for more people and helped homeowners consolidate other, more expensive debt.”

“In fact, adjustable rate mortgages had been popular with both borrowers and lenders for many years. From my perspective, then, the issue is not so much the products, but the housing market.”

They may have been popular in the past, but they were probably accompanied with a sizable down payment, income verification, and the clear understanding that they would adjust to a much higher rate down the road.

“Non-traditional mortgages such as pay option ARMs also played an important role in assisting borrowers with home purchases and helping them manage their finances,” he added.

“It is important to note that the Pay Option is not a new product and was not invented by Countrywide.”

Somewhat fascinating that he supports the pay option arm but quickly assures his audience that Countrywide was not its creator.

“The product performed well for nearly two decades, and gained broader acceptance in both the primary and secondary markets during the run-up in home prices earlier this decade.”

“The product helped borrowers qualify for mortgages in a rising interest rate and home price environment by providing lower interest rates and a variety of payment options that borrowers could use to match their monthly payments to their changing economic situations.”

I think we all know that the majority of borrowers chose these loans, or were told to select them for the 1% start rate, not because of their perceived flexibility.

Check out this nice little snippet from the Wall Street Journal earlier this week:

As of the end of 2007, payments were at least 90 days overdue on 5.4% of option ARMs held as investments by Countrywide’s banking arm, up from 0.6% a year earlier. Countrywide held $28.42 billion of such loans as of Dec. 31. The company said 71% of the borrowers were making minimal payments. Only about a fifth of the borrowers were required to document fully their incomes before receiving the loans.

“I also want to strongly suggest that traditional guidelines be reexamined relative to the appraised value of a home versus the outstanding mortgage so that current borrowers can refinance at lower interest rates irrespective of the fact that the value of the home is at or below the mortgage amount,” said Mozilo.

Interesting, considering many of these homeowners who are underwater experienced negative amortization after electing to receive pay option arms, the loan program that also happened to pay out the largest yield spread premium.