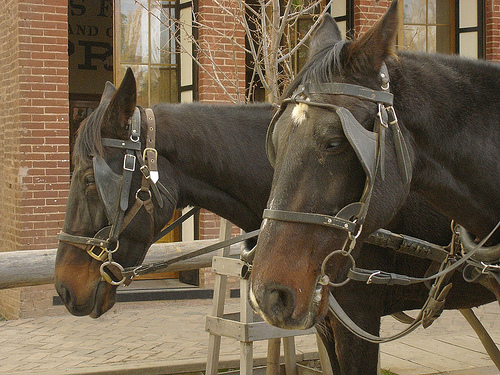 Barron’s said in its latest cover story that Wells Fargo is the bank “most likely to find the safest, fastest route through the U.S.’ dangerous credit mess.”

The weekly magazine noted that Wells was stronger than most big banks for a number of reasons, including less exposure to subprime mortgages, a smaller capital markets operation, the only bank triple-A rated by both major credit agencies, and one that hasn’t had to turn to foreign investors for help.

Last year, the nation’s fifth largest bank ranked number one among the top five U.S. banks for return on equity and return on assets, despite trading at around 10 times 2009 earnings forecasts recently, Barron’s said.

The mag added that Wells relies on its retail platform to cross-sell, providing greater benefits to its already existing customers while offering a wide array of products that hedge exposure.

Wells CEO John Stumpf noted in the article that diversification was the key if banks wants to stick around, saying one-trick ponies like Countrywide probably won’t be around long.

“It’s the death of the monolines,” Stumpf told Barron’s.

Instead of chasing after subprime offerings, Wells took a more calculated approach, reducing the max loan-to-value ratio on many products while eliminating other higher-risk loan programs as the other big banks got more aggressive.

Despite the caution, Wells Fargo was the biggest retail mortgage originator last year and the second largest mortgage servicer, but its financial results were a far cry from those of Countrywide’s, thanks in part to its avoidance of exotic loan programs.

“With German banks buying these subprimes that we wouldn’t touch, it was no wonder it blew up,” former CEO Dick Kovacevich told Barron’s. “It’s just a stupid bubble that you have to work through.”

Barron’s also interviewed Goldman Sachs’ Managing Director Lori Appelbaum who believes the stock could gain as much as 15 percent in the next 12 months.