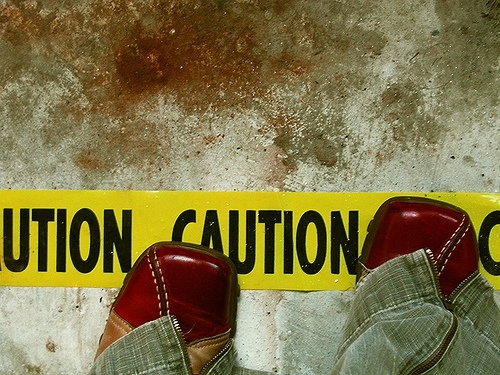 Goldman analysts lowered their 2008 earnings estimate for JP Morgan Chase to $3.30 from $3.44 yesterday after the bank warned investors it could lose $450 million on home equity loans during the first quarter alone, according to a report by Marketwatch.

Now factor in plummeting home prices and high loan-to-value ratios and you’ve got a huge problem, especially with “walking away” becoming all the rage these days.

Chase attributed the escalating losses to an over-reliance on Fico scores and underlying property values, along with layered risk and direct vs. indirect loan origination channels.

About a month ago, the New York-based bank reduced the maximum loan-to-value on second mortgages via the wholesale channel to 85 percent in many areas, while stamping out loans at or above 100% LTV.

According to a slide from Chase’s Investor Day presentation held on Wednesday, the bank originated $48.3 billion in home equity loans in 2007, a slim decline from the $51.9 billion originated in 2006 given the high-risk environment.

Below is the delinquency rate chart for home equity loans in Chase’s portfolio: 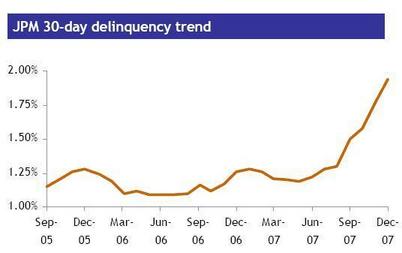