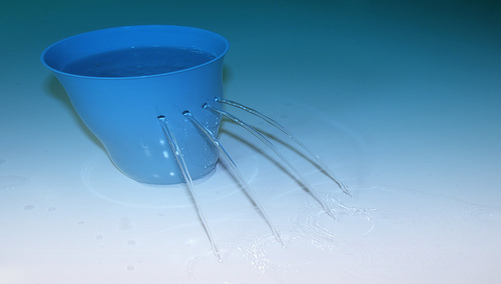 The percentage of equity Americans have in their homes crept further below 50 percent in the fourth quarter, the Federal Reserve revealed today in its latest U.S. Flow of Funds Accounts report.

In the second quarter of 2007, homeowner’s equity was lowered to a revised 49.6 percent, and fell to 48.6 percent in the third quarter.

Home equity has not risen since the first quarter of 2005, and is due to get worse as weak down payments coupled with falling home prices exacerbate matters.

The total value of equity slipped to $9.65 trillion, the third straight quarterly decline, down from $9.93 trillion in the third quarter and $10 trillion a year earlier.

But it’s not just slipping equity that’s an issue, but rather those who have no equity at all or even negative equity.

Recently, leading economists have noted that the rising problem of negative equity, where the mortgage balance exceeds the value of the home, could lead to an epidemic of homeowners walking away.

That would drive home prices lower and lengthen the expected time until a housing recovery.

A recent report by Zillow found that nearly a third of recent homebuyers have negative equity, largely because home values continue to slide and down payments keep getting smaller.

The report also found that the growth of home mortgage debt decreased to a rate of 5 percent during the quarter, the slowest quarterly pace since 1997.

And for the all of 2007, household debt increased just 6.75 percent, roughly 3.5 percent less than in 2006, largely due to slower growth in home mortgage lending.

Take a look at the full report.