Homebuyer Tax Credit Can Now Be Used as Down Payment 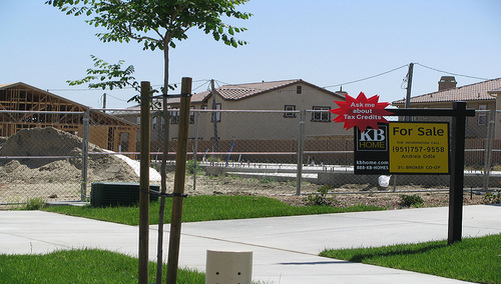 The first-time homebuyer tax credit can now be used as a down payment, according to a mortgagee letter released by HUD today.

It can be used either as secondary financing (second mortgage) or as a short-term loan, otherwise known as a bridge loan, enabling homeowners to come in with little or zero down (it can also be used for closing costs and other prepaid expenses).

There are some rules and regulations tied to the so-called tax credit advance loans, like qualifying debt-to-income ratios and no cash in-hand, but it still seems like an irresponsible move given the financial climate.

“We all want to enable FHA consumers to access the tax credit funds when they close on their home loans so that the cash can be used as a downpayment,” said HUD Secretary Shaun Donovan in prepared remarks.

“So FHA will permit trusted FHA-approved lenders and HUD-approved nonprofits, as well as state and local governmental entities to “monetize” the tax credit through short-term bridge loans.”

In fact, Donovan recently noted that the FHA would have needed appropriations of $2.5 billion to operate had the loans not been recently banned.

First-time homebuyers, defined as those who have not owned property in the three years preceding purchase, are entitled to receive up to $8,000 that doesn’t need to be paid back if the home is retained for three years.

It’s a dollar-for-dollar reduction and also refundable, meaning the tax credit may be claimed even if the homebuyer doesn’t have sufficient federal income tax to offset it.

It seems to be more of an incentive for homebuilders than homeowners, but that’s just one opinion.