Survey: Home Equity Issue Not as Bad as It Seems 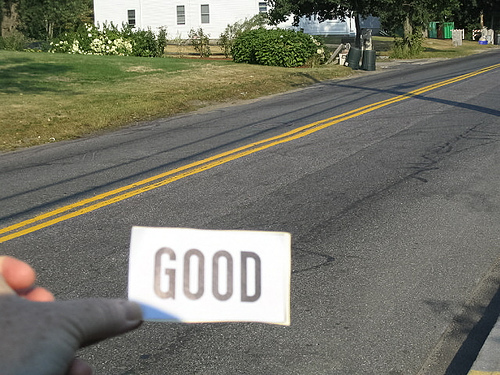 The Center for Human Resource Research at Ohio State released the results of a study today that claims Americans own a larger share of their homes than the Fed’s quarterly report indicated last week.

According to the Fed’s U.S. Flow of Funds Accounts report issued a week ago, the percentage of equity owned in American homes crept to just 47.9 percent in the fourth quarter of 2007, the lowest on record.

But a survey conducted by Ohio State found that in reality, Americans have roughly 70 percent equity in their homes on average.

The study pointed out that the Fed data doesn’t account for homeowners who have fully paid off their homes, so those without a mortgage are excluded from the data.

This can obviously skew the data wildly, despite the fact that the situation is clearly getting worse.

“Things are rough on the housing front, but they aren’t as bad as some of these stories would lead us to believe,” said Randall Olsen, the director of the Center. “While many homeowners are hurting and the economy is definitely vulnerable, the sky is not falling.”

The Center conducted the survey by calling 3,500 randomly selected households across the country, finding that 40 percent do not have a mortgage on their home, and for those who do, the average mortgage is $138,000.

It also found that the average home in the survey was worth nearly $283,000, putting homeowners’ equity as a fraction of home value at 70 percent.

Interestingly, it’s higher than a 2004 survey conducted for the Federal Reserve that revealed home equity to be just 65 percent.

Olsen also noted that mortgage lenders traditionally measure a well-secured loan as one that sports a loan-to-value below 80 percent, of which 82 percent of homeowners in the survey said they had.

“Owning your own home has always been part of the American dream, and people do not readily part with their dreams,” Olsen said.

Unfortunately, he may be leaving out the scores of prospectors and other unfit homeowners who have begun walking away.