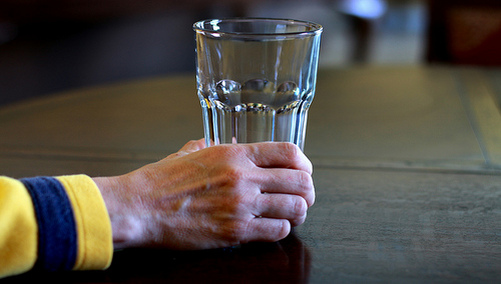 The FHA’s “capital reserve ratio” fell to 0.53 percent of total insurance in force, well below the two-percent Congressionally mandated minimum, according to a release from HUD.

An independent audit revealed that the capital ratio fell from three percent in the fall of 2008, reflecting “difficult conditions in the housing market,” though the FHA’s expanded role in the home loan financing market was likely to blame.

That’s evidenced by the fact that nearly half of all first-time home buyers used an FHA loan to obtain financing in the second quarter of 2009.

While their promotion of first-time buyers may be seen as a positive, the fact that the average Fico score for borrowers increased to 693 from 633 two years ago tells you that a whole different, unintended group is taking advantage of the FHA.

“FHA is playing a critical role in restoring health to the housing market by helping working families access mortgage finance when private capital is tight,” said Secretary Donovan, in a statement.

“This is a temporary role which FHA has played in previous economic downturns. The Administration is committed to ensuring that the FHA steps back as private capital returns to the market.”

Donovan also stressed that the FHA has $31 billion in total reserves, or 4.5 percent of total insurance in force, if you consider funds in its financing account.

The FHA announced a number of policy changes a few months back that will take effect on January 1, including closer supervision of its business partners.

In order to remain a viable entity going forward, the FHA may tighten its grip on those it does business with, assuming higher net worth requirements are put into place and its approval process is updated.