Is the FHA Scrapping Homebuyer Tax Credit for Down Payment? 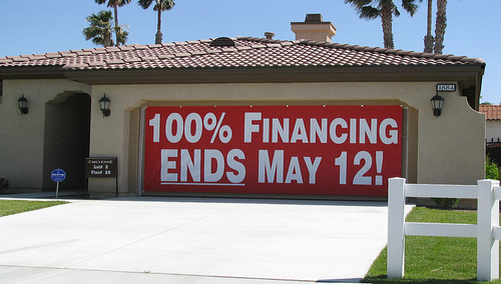 Earlier this week, HUD Secretary Shaun Donovan mentioned that the first-time homebuyer tax credit could be used as a down payment, but that may no longer be the case.

The mortgagee letter with the program details has since been removed from the HUD website; a call to the FHA confirmed this had occurred.

The employee I spoke with said the program is essentially pulled as of now, but nothing official has been released regarding the fate of the so-called tax credit advance.

So as it stands now, it appears as if the tax credit cannot be used for a down payment.  It’s unclear why the FHA withdrew (or at least stalled) the program, though it could have something to do with perceived risk involved.

Allowing first-time homebuyers to purchase a property with nothing down is certainly high-risk, and the practice of using tax credits for down payments is fairly similar to the seller paid down payment assistance loans that nearly sunk the FHA.

If they hadn’t been banned, the FHA would have needed appropriations of $2.5 billion to operate.

While I’m sure the loan program could help some borrowers in need, it could also lead to abuses, which may outweigh the positives.