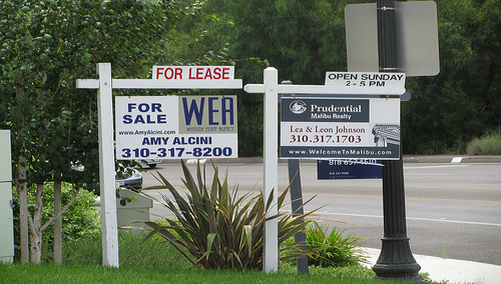 The chief executive of the National Association of Home Builders reportedly wants a government program launched to lower interest rates on home loans to 2.9 percent, along with an expanded homebuyer tax credit.

With these two initiatives in place, NAHB boss Jerry Howard believes the glut of unsold housing inventory could be off the market in six to 12 months.

Of course, such a program would only be available to first-time homebuyers, and not those currently struggling to keep up with their monthly mortgage payments.

And though mortgage rates have fallen to their lowest levels in years, many existing homeowners are still struggling to find affordable refinancing options, thanks to issues like negative equity and harsher underwriting requirements.

Many more are facing foreclosure, in the very same sprawling, overpriced developments homebuilders have aggressively pitched over the last few years.

So why is it that the homebuilders want even lower rates?  Is it for the long-term health of current homeowners (pricing stabilization) or simply a bad excuse to put more Americans in their homes in an effort to reduce losses from stagnating inventories?

But why put even more people in a bad situation?  Maybe home prices are, dare I say, inflated still, despite recent depreciation.

And perhaps high interest rates aren’t the issue, especially when they are, at present, historically low.

previousMany California Sellers Sold Properties at a Loss This Year
nextHope Now Touts Record Results, But Does It Matter?