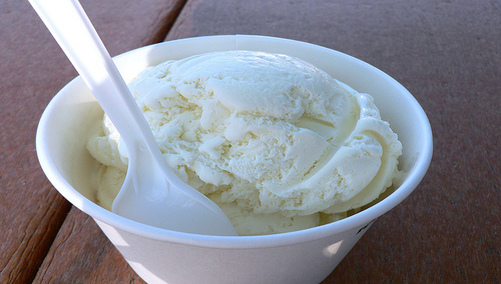 It’s all about the vanilla.

The first half of 2008 was dominated by fixed-rate and government-backed mortgages, according to the Mortgage Bankers Association’s Mortgage Originations Survey released today.

Fixed-rate loans (excluding interest-only loans) accounted for 78.5 percent of the dollar volume of first mortgages during the six-month period, up from 63.6 percent in the second half of 2007.

Meanwhile, the share of government-backed loans (FHA loans, VA loans) more than doubled to 11.8 percent of all first half originations, up from 5.7 percent, thanks in part to the increased loan limits.

It’s clear mortgage lenders have continued to tighten guidelines, with 82.7 percent of all origination dollars tied to prime loans, up from 79 percent in the prior reporting period.

Non-prime production accounted for 3.8 percent of loan origination dollars, down from 7.5 percent, while Alt-A saw the worst decline holding just a 1.7 percent share, down from 7.8 percent.

Loans with an interest-only option also fell sharply, found on just 10.6 percent of originations during the first half of 2008, compared to 22.4 percent in the second half of last year.

The refinance share of total originations during the first half of 2008 was 61.7 percent, up from 54.8 percent, though nearly half were for rate and term refis, up about 10 percent from the prior reporting period.

Overall, purchase money mortgage originations were off 16.2 percent compared to the second half of 2007, while refinance originations actually increased 16.3 percent.

First-time homebuyers accounted for 32.2 percent of purchase volume in the first half of the year, up from 30.2 percent in the latter half of 2008.

The MBA survey utilizes data from first and second mortgages on single-family properties.