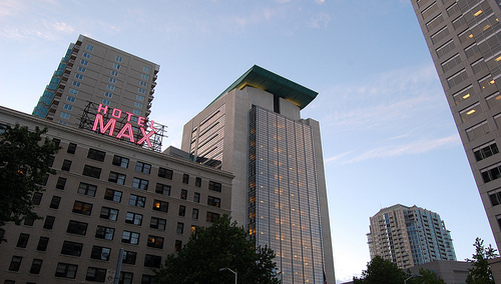 Thousands of California borrowers are likely to benefit from the higher loan limits backed by the FHA over the next year and change, U.S. Department of Housing and Urban Development Secretary Alphonso Jackson said today in a number of speeches in the Southland.

“Because the FHA loan limits didn’t reflect the housing market in California and other high-cost states, a vacuum was created that was filled by exotic subprime loans. We estimate that nearly 33,000 Californians will benefit over the next 18 months,” Jackson said in speech to the Commonwealth Club of California.

But BusinessWeek has already reported that 14 counties in California will have the maximum loan limit of $729,750, meaning far fewer jumbo loans.

The online mag also noted that Lassen, Modoc and Trinity counties will be subject to the lowest possible loan limit of $271,050.

“We confront an emergency, a crisis,” Jackson said in a speech at a church in LA Wednesday. “Los Angeles has been hard hit. We know that foreclosures in Southern California in January were up by 433 percent over the same month last year.”

“I know that some of you have come over from Riverside County…it has been the hardest hit in the state.”

Aside from his “reaching out,” Jackson also warned that the new loan limits would be temporary, and that FHA modernization was imperative to help homeowners at risk of losing their homes in the long run.

“In January 2009 the loan limits will return to their previous setting. That is why we need to raise the loan limits permanently. It is vital that FHA’s loans are competitive with other loans. We also need to make the minimum down payment more flexible and create a fairer insurance premium structure. This will allow more families to use FHA.”

“FHA modernization could help a quarter of a million families this year alone. It passed the House and Senate in overwhelmingly bipartisan fashion. But a final bill has yet to cross the President’s desk. Congress must act now,” Jackson stressed.

See all of Jackson’s many speech texts here.

To see all the new California FHA loan limits, follow this link and do a state search.