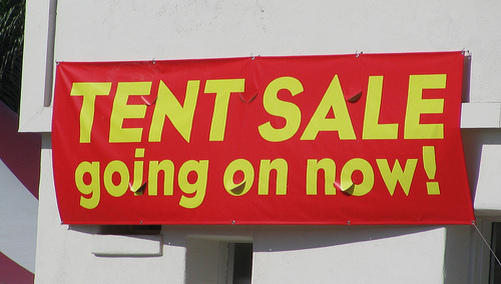 North Carolina-based Citizens South Bank announced yesterday that it will use the entire $20.5 million in TARP money it received to fund a 30-year fixed loan program with a 3.5 percent start rate.

“CPP funds issued as part of the TARP are intended to stimulate the economy by enabling banks to increase lending, and we are glad to utilize the funds we received under the program as Congress intended,” said Kim S. Price, president and CEO of Citizens South Bank.

“We are participating in the program from a position of financial strength and our new reduced-rate mortgage program represents an expansion of our current lending.”

I believe the loan program will only be available for purchase mortgages, as it relies on builders and developers who are Citizens South customers that have agreed to pay the closing costs associated with the loans.

“We believe this program is the best use of our CPP funds because it promotes home ownership and generates work for builders, developers, construction workers and real estate agents,” Price added.

While it’s not necessarily the greatest deal around, or the best time to purchase a home, at least the TARP money is being used to boost home loan lending.

Some may frown on it for being an adjustable-rate loan hiding in fixed-rate clothing, but it’s really just a teaser rate that eventually becomes fixed, unlike most hybrid ARMs that start as fixed-rate loans and become adjustable (and yes, they qualify borrowers at the fully-indexed 5.5% rate).

Of course, if the homebuilders get their way, mortgage rates could be even lower than the initial rate offered via this program.