PMI Group Will No Longer Insure Zero Down Mortgages 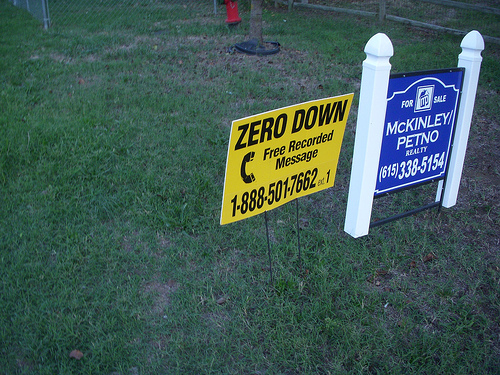 PMI Mortgage Insurance Co. said today in an SEC filing that it will no longer provide mortgage insurance on home loans with loan-to-values that exceed 97 percent.

“Effective March 1, 2008, PMI will institute additional underwriting guideline changes which will, among other things, preclude future mortgage insurance coverage by PMI through its primary flow channel of Above 97s,” the filing said.

The company also revealed that due to recent underwriting and pricing changes, only 21 percent of the new policies it wrote during the fourth quarter were for “Above 97s”, down from 32 percent of all insurance written for the full year.

Recently, mortgage insurance companies have tightened the reins as defaults on insured mortgages continue to climb.

Two weeks ago, Mortgage Insurance Companies of America, which includes PMI, said defaults on privately insured mortgages were up 37 percent in December compared with the same period a year earlier, a record high.

Last thursday, rival MGIC said it would restrict new mortgage insurance policies in places like Arizona, Florida, Nevada, and California in an effort to stem losses, though the move will “negatively impact MGIC’s volume of new insurance written.”

In related news, Fitch Ratings said mortgage insurance companies will continue to face earnings pressure for the next couple years because of large numbers of policies tied to nonconforming loans in soft housing markets like California and Florida.

The company will announce its financial results for the fourth quarter of 2007 on February 26.