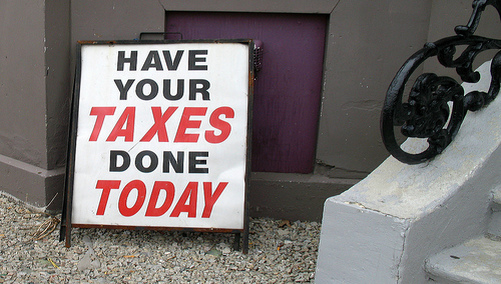 The IRS announced yesterday an expedited process aimed at making it easier for struggling homeowners with federal tax liens to get relief.

Borrowers with tax liens may now request, or have their mortgage lenders request that a tax lien be subordinated behind any existing home loan(s) to facilitate a loan modification, mortgage refinance, or sale.

In some cases, taxpayers or their representatives may ask that the IRS discharge its claim if the home is being sold for less than the amount of the current mortgage lien (that’s you underwater borrower).

“We don’t want the IRS to be a barrier to people saving or selling their homes. We want to raise awareness of these lien options and to speed our decision-making process so people can refinance their mortgages or sell their homes,” said Doug Shulman, IRS commissioner, in a release.

“We realize these are difficult times for many Americans,” he added. “We will ensure we have the resources in place to resolve these issues quickly and homeowners can complete their transactions.”

Generally, a federal tax lien can be subordinated behind another lien if the IRS determines that taking a secondary position will ultimately lead to collection of the debt.

The IRS has urged all prospective homeowners in such situations to contact the agency’s Collection Advisory Group early on to avoid any delays further along in the process.

It takes roughly 30 days after submission of a completed application to process a request for a discharge or subordination of a federal tax lien, but the IRS said it will work faster in light of the current economic downturn.

Currently, there are roughly one million tax liens tied to real and personal property, with an estimated 600,000 issued annually.