LIUNA: Homebuilders at Fault for Crisis 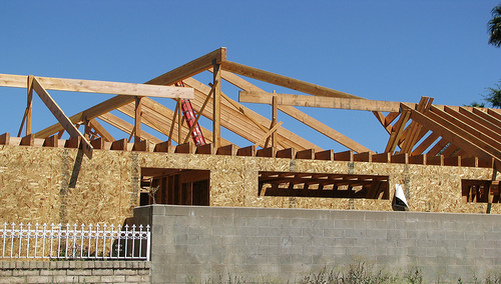 Homebuilders are to blame for the current housing and mortgage crisis, according to a report released by the Laborers’ International Union of North America (LIUNA).

The group’s report focuses on mortgages originated between 2005 and 2006 in Maricopa County, Arizona by the lending units of three of the nation’s largest homebuilders, including Richmond American, Lennar, and KB Home.

More than one-third of the mortgages originated by these homebuilders in the county are five-year adjustable-rate mortgages expected to reset between 2010 and 2011, and with many of these homeowners now underwater, they could face serious payment shock.

In the KB Home Santarra Development in Buckeye, Arizona, home values have dropped a staggering $78,800 in the last year, troubling because 55 percent of mortgages held are five-year ARMs, and 63 percent of purchase loans have a second mortgage.

LIUNA, which earlier this year exposed the homebuilder tax break in the Foreclosure Prevention Act, is calling on agencies such as Fannie Mae and Freddie Mac to place greater scrutiny on the mortgages originated by homebuilders and their mortgage lender partners.