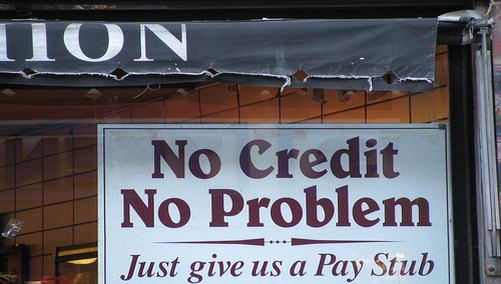 Many consumers, economists, homeowners, and lenders alike have been scratching their heads for months now, wondering what led to such an unprecedented housing crisis.

And while there may not be one answer (no, it’s not the mortgage brokers‘ fault), but rather a combination of forces behind the ongoing crisis, a lack of regulation is certainly to blame, as evidenced by the AP’s review of regulatory documents.

Despite stern warnings from bankers and consumer advocacy groups years ago, lenders continued to offer high-risk mortgages such as option-arms and other exotic programs that they ensured were just as safe as the fixed-rate mortgages out there.

In fact, WaMu home loan president David Schneider went as far as to say that some of the unconventional offerings were actually considered safer than many fixed-rate mortgages.

Meanwhile, Downey Savings chief credit officer, Lillian Gavin, argued back in 2006 that nontraditional offerings did not equate to higher risk, perhaps because their dangers were well disguised by skyrocketing home prices.

Two years later, Downey was shut down by the FDIC thanks to its stable of nontraditional option-arm mortgages and swelling portfolio of non-performing assets.

And somewhat rather amazingly, Wachovia was offering its option arm up until a few months ago, just before it launched a program to get homeowners out of the very same loans and into something more, ahem, conventional.

Of course, a number of proposals were brought to the table three years ago to combat what looked like an impending foreclosure armageddon, but mortgage lenders were able to sway regulators to avoid what they deemed a heavily regulated lending environment.

Unfortunately, it looks like quite the opposite is true.