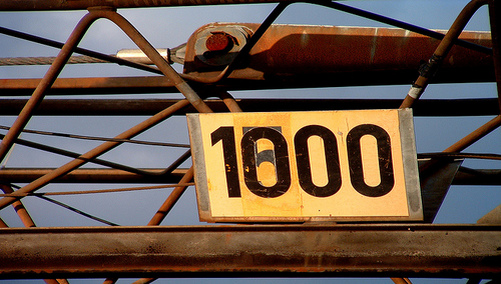 So far this year, 81 banks have failed, a large number by any stretch, but nowhere near the total one private equity CEO believes will eventually succumb to the crisis.

John Kanas, who now heads BankUnited after acquiring it post-failure, told CNBC he expects 1,000 banks to fail over the next two years.

Of course, most will be small, private banks that no one has even heard of, but the carnage could be enough to sink the ever-powerful FDIC.

However, FDIC Chairman Sheila Bair noted yesterday that the agency already factored in bank failures expected to occur over the next year.

Meanwhile, so-called “problem institutions” rose to a 15-year high, with 416 sharing that distinction as of June, more than triple the number from a year ago.

Though the FDIC’s Deposit Insurance Fund (DIF) slipped to just $10.4 billion in June, combined with the contingent loss reserve for expected failures, over $42 billion is at their disposal.

“The DIF balance reflects the net worth of the insurance fund,” said Bair in prepared remarks. It’s also a guide for setting deposit insurance premiums for our industry-funded system.”

“So when a bank fails, to the extent that we have already reserved for a failure, the loss comes out of the contingent loss reserve. For example, when Colonial Bank failed two weeks ago … there was no reduction in the fund because the estimated loss had already been reserved for.”

Still, the FDIC will likely need more private equity firms to step in to buy up failing banks, though guys like John Kanas aren’t happy with the high standards the FDIC is holding potential buyers to.

Private equity firms, in particular, would need double the capital of their competitors in order to buy these banks, something Kanas believes could deter interest. 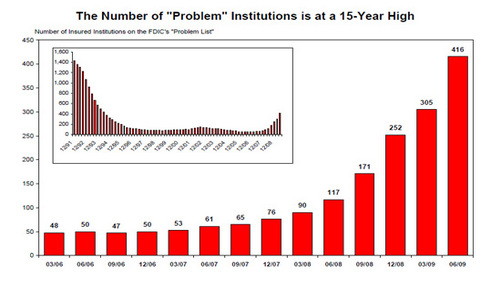