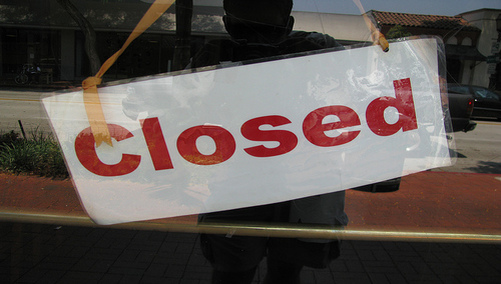 Troubled bank and mortgage lender BankUnited was shut down today by the Office of Thrift Supervision and placed into FDIC receivership.

It was the 34th bank failure of 2009 and the third in the state of Florida so far this year.

The failure didn’t come as much of a surprise, as it was widely known that BankUnited was on its last legs and searching for a buyer for the last several months.

Back in early August, BankUnited launched its so-called “Mortgage Assistance Program” to help scores of borrowers refinance out of troublesome option arms, which were popular at the bank.

A month later, the OTS reclassified the bank as “adequately capitalized” and demanded that it terminate its option arm loan program and raise at least $400 million in capital.

Clearly it was unable to do so, and no buyers seemed to step up to the plate to save the struggling bank; instead, the FDIC facilitated a sale to a number of well known private equity firms, including WL Ross & Co. and Blackstone Capital.

All deposit accounts, mortgages, and other loans, excluding some brokered deposits, have been moved to a new federally chartered savings bank with the same name, “BankUnited,” backed by $900 million in fresh capital.

The new bank, with its 86 branches, will be the largest independent bank in Florida, just like its predecessor.

The FDIC estimated that the failure will cost $4.9 billion, hitting its dwindling Deposit Insurance Fund, which fell to just $19 billion as of the end of the fourth quarter (who knows how low it is now).