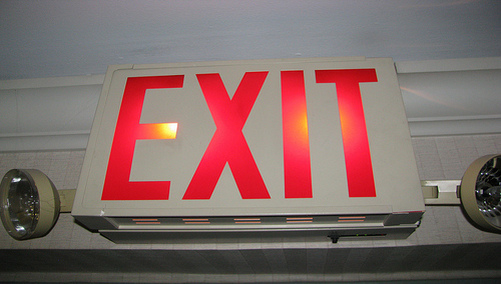 “Effective today, April 30, 2009, GB Mortgage, the wholesale lending division of Guaranty Bank will no longer accept new loan applications,” the company said in a statement on its website.

“Existing locks will be honored and approved loans must lock by May 8, 2009.”

GB Mortgage didn’t provide a reason for the closure, though it’s pretty clear that the wholesale mortgage lending channel is still contracting, despite some new players carefully re-entering the space.

“This decision has been an extremely difficult one, but we feel it is the most prudent course of action at this point in time.”

According to a rate sheet found on their website, they offered a small selection of conventional, conforming fixed-rate mortgages to brokers who didn’t necessarily “produce the huge numbers needed to get the attention of today’s mega-wholesale lenders.”

Guaranty Bank also has a retail mortgage lending unit, which operates under the “Shelter Mortgage” family of companies.

“Guaranty bank will continue to originate loans through its retail channel, which remains unaffected by this change.”

Check out my ongoing list of closed lenders, mortgage layoffs and mergers.