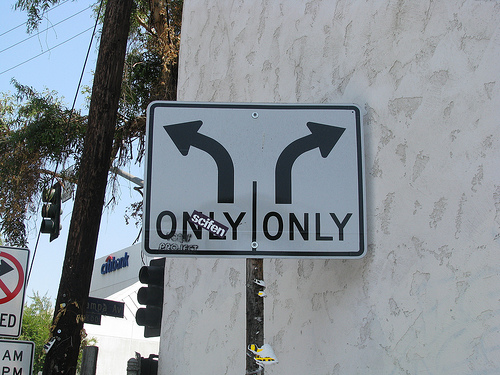 It was a busy Sunday on Wall Street as the mortgage crisis forced Lehman Brothers and Merrill Lynch down very different paths.

After talks to save storied investment bank Lehman Brothers failed over the weekend thanks to a lack of government support, the 158-year old company was forced to file Chapter 11 bankruptcy, the largest ever.

Just one week earlier, the company announced its biggest quarterly loss in history, fueled by its aggressive investments in residential mortgage securities that eventually soured badly.

Lehman is exploring the sale of its broker-dealer operations and is in advanced talks to sell its Investment Management Division, but it’s uncertain what will happen to its mortgage servicing unit Aurora Loan Services.

The company has also begun to lay off its employees in New York City, though it’s unclear how many will lose their jobs as a result of today’s action.

Merrill Lynch Bought Out by Bank of America

As Bank of America walked away from Lehman, it chose instead to send Merrill Lynch a lifeline, scooping up the investment bank for $50 billion in an all-stock deal.

Under the terms of the deal, BofA will exchange 0.8595 shares of its common stock for each share of Merrill Lynch.

The deal will create the largest brokerage in the world with 20,000+ advisers and $2.5 trillion in client assets.

It follows their purchase of ailing mortgage lender Countrywide Financial earlier this year, piling plenty of risk on their plate going forward.

It should be interesting going forward to see who is affected by today’s news, as there are a number of companies wrapped up and working with both entities.