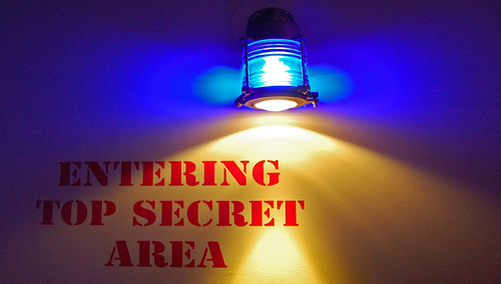 So apparently the FDIC has a secret list of nearly 100 troubled banks on the brink of failure, but for obvious reasons cannot share it with the public (bank run).

But privately prepared lists are also circulating online, including this one obtained by ABC news that lists 10 smaller regional banks that have a “Texas-ratio” above 100.

It includes names such as the Colorado Federal Savings Bank, Ameribank Inc., and First Security National Bank, to name but a few.

The so-called Texas-ratio, a measure of a bank’s financial health, was aptly named after a method used by RBC Capital Markets to analyze Texas banks during the early 1980s recession.

In the past, banks have failed when their ratio climbs over 100 percent, that is, when dividing the value of their non-performing loans by the sum of their tangible capital and loan loss reverses reaches 1:1.

Of course, many banks that have a Texas ratio over 100 typically argue that the measure is inaccurate or misleading, as was the case with Indymac after RBC analysts came up with a score of 140 percent for the ailing mortgage lender.

That was in late May, and as we all know, it wasn’t long before Indymac was known as Indymac Federal Bank.

And so that brings us to Downey Savings, a well-known Southern California S&L and big time option-arm lender, which according to ABC, is the largest financial institution to have such a high Texas ratio (96 percent).

Of course, Downey COO Tom Prince called the ratio just a “statistic,” but from the looks of it, it has turned out to be a fairly accurate one as of late.

And with shares of Downey trading at just $1.63 and 14.33 percent of their assets considered non-performing, you certainly need to question their stability going forward.