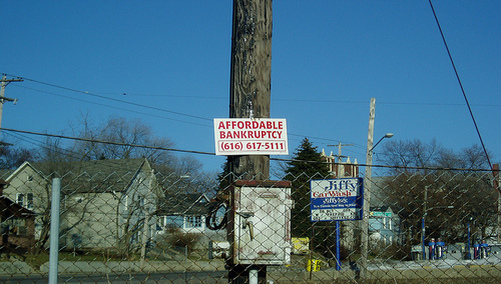 Well, it’s looks like I can finally stop writing about Thornburg Mortgage, as the end appears to be here.

The embattled mortgage lender announced today, after a very long struggle with its financing counterparties, that it will sell its remaining assets and discontinue operations.

The counterparties, which include big banks like Credit Suisse, Chase, and UBS, to name but a few, have granted the company additional forbearance for payments on various financing agreements through April 30.

“In exchange for the continued forbearance the Company has agreed that the remaining Counterparties who have not previously taken possession of their collateral under their respective financing agreements may do so at the Counterparty’s discretion and that the price of such collateral will be determined on a date chosen by the Counterparty,” Thornburg said in a statement.

Thornburg will hand over mortgage servicing rights to the Counterparties and commence an “orderly sale or liquidation” of remaining assets with the assistance of Houlihan Lokey Howard & Zukin Capital, Inc.

The company expects to file for Chapter 11 bankruptcy protection and discontinue operations once liquidation is complete, though it’s unclear to what degree they have been operating or how many employees will be affected.

The Santa Fe, New Mexico-based mortgage lender used to provide jumbo and super jumbo adjustable-rate mortgages to the most creditworthy borrowers before margin calls brought the company to its knees.

While their mortgages were not inherently bad (you could actually argue they were of good quality), the fire sale of related Alt-A mortgage securities by competing banks cut the value of their own holdings severely, sending the company into a tailspin.

They Tried to Save the Company

In late 2007, despite ongoing concerns in the mortgage industry, Thornburg Mortgage reinstated its dividend and said it expected to be profitable in the fourth quarter.

A statement from their then-newly appointed Chief Executive Larry Goldstone mentioned that all their loans were “performing as expected,” with a delinquency rate “well below industry averages.”

They also said they would reinstate their dividend, which was suspended after reporting a $1.08 billion third-quarter loss.

During the summer of 2007, the company halted lending operations briefly and was forced to sell assets to stay afloat after the secondary market for jumbo loans locked up.

In spring of 2008, the company also revealed that it was being probed by both the SEC and NYSE, but surprisingly reported a second quarter profit that year. Unfortunately, much of it could be attributed to fair value adjustments and one-time sales gains.

And rating agency downgrades, deteriorating loan quality, and subsequent margin calls have proved to be too much for the ailing lender.

Shares of Thornburg Mortgage fell four cents, or 70%, to just one penny in early morning trading on Wall Street.

Update: The company cut much of its remaining staff, though it’s unclear how many still worked for the company.