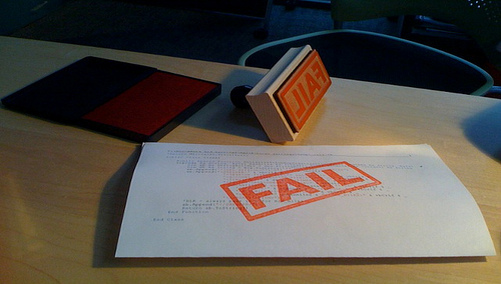 UBS today released a shareholder report outlining the many causes that led the Swiss bank to write down billions in U.S. subprime mortgage-related losses.

The 50-page report attributed the $18.7 billion in residential mortgage losses reported in 2007 to things like poor risk control and management, lack of in-depth data, over reliance on AAA-ratings, poorly conceived trading incentives, and the severe dislocation of the credit markets last summer.

UBS said approximately two-thirds of the bank’s total losses were attributable to the CDO desk, much of it via CDO Super Senior positions, the highest AAA-rated tranche of a CDO.

In 2005, the CDO desk generally sold most of these positions to third party investors, but after the first few deals, began retaining the Super Senior positions on its books because of their “attractive source of profit.”

This in turn became a huge problem after the credit markets became illiquid beginning in August of last year.

“MRC (Market Risk Control) appears not to have substantively challenged the CDO desk when significant limit increases for the RMBS warehouse were requested initially in late 2006, and then again in Q2 2007, when the Subprime CDO business was undergoing significant growth,” the report said.

“There was considerable reliance on AA/AAA ratings and sector and concentration limits which did not take into account the fact that more than 95% of the ABS Trading Portfolio was referencing US underlying assets (i.e., mortgage loans, auto loans, credit card debts etc.).”

UBS also noted that the CDO origination team and the CDO desk that purchased the Super Seniors operated on the same reporting line, which could have led to “misincentives regarding investment strategy.”

“Essentially, bonuses were measured against gross revenue after personnel costs, with no formal account taken of the quality or sustainability of those earnings.”

A further 16 percent of the losses stemmed from the firm’s failed hedge fund, Dillon Read Capital Management, which closed last May.

The report also claimed that specific information regarding the quality of mortgage securities was not readily available, and attempts to communicate the severity of the mortgage crisis fell on deaf ears.

“Neither risk management nor the control functions had readily accessible data upon which to perform fundamental analysis of the securities in the portfolio, for example vintage, 1st or 2nd lien or FICO score.”

“A number of attempts were made to present Subprime or housing related exposures. The reports did not, however, communicate an effective message for a number of reasons, in particular because the reports were overly complex, presented outdated data or were not made available to the right audience.”

UBS plans to meet with the Swiss Federal Banking Commission to formally discuss these matters and will report such action to shareholders.

See also: What is the definition of a subprime mortgage?