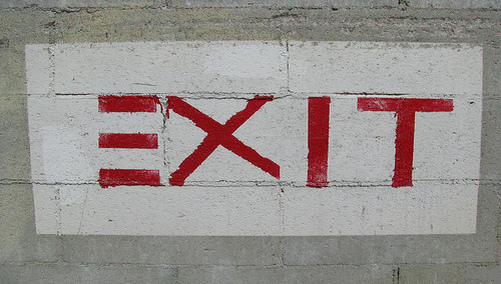 It’s unclear how many jobs will be lost as a result of the shift in operations, but that will likely be disclosed when the company announces second quarter results tomorrow.

It is assumed that loans already locked and in progress will continue to be processed until a certain funding cut-off date.

Tim Wilson, Head of Loan Origination for Wachovia Mortgage, explained that the bank and mortgage lender was repositioning itself to work with clients who have existing relationships and live in areas where the bank’s franchises are located.

The Charlotte-based bank’s third-party origination unit Vertice is apparently not affected by the changes, and will continue to offer broker-originated loans.

Wachovia has been hard-hit by the ongoing mortgage crisis, especially after acquiring option arm specialist Golden West for a staggering $25 billion in 2006.

The company has since stopped originating option arms with the negative amortization feature, and has waived prepayment penalties tied to the so-called toxic loans.

In early June, Wachovia said it would contact all portfolio loan applicants whose loans were submitted by mortgage broker clients in what it referred to as “enhanced customer service”.

The bank is expected to report a second quarter loss in the range of $2.6 billion to $2.8 billion, according to Reuters estimates.

That includes a $4.2 billion increase in loan-loss reserves, with $3.3 billion going towards those nasty pick-a-pays.