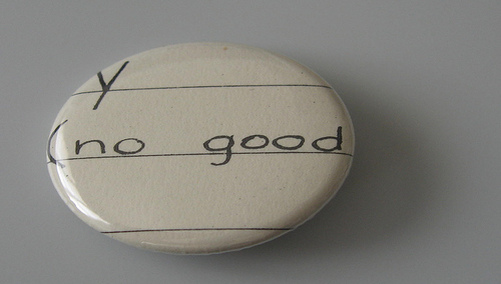 Some things just can’t be fixed, like unaffordable mortgages, that is, if you don’t bother making them more affordable.

The OTS released its fourth quarter 2008 Mortgage Metrics Report today, which revealed that nearly half of recent loan modifications fell back into serious default within months.

“The reasons for high re-default rates are not clear.  As noted in the previous quarter’s report, high re-defaults could be the result of a worsening economy, excessive borrower leverage, or poor initial underwriting.”

It’s funny that they say it’s unclear because only 42 percent of loans modified in 2008 resulted in reduced payments, 27 percent did not change the monthly payment, and 32 percent actually increased the monthly mortgage payment.

So I don’t think it’s that much of a mystery why homeowners continue to struggle making payments; the good news is more than half of loan modifications carried out in the fourth quarter resulted in reduced payments.

“Servicers also said their flexibility to reduce payments was in many cases constrained by servicing agreements with government-sponsored entities and other private investors that defined the type and the amount of modification permitted,” the OTS said.

“Recent changes in some government agency and private label servicing standards should afford servicers substantially more flexibility in this regard.”

Here’s another no-brainer from the report: “Re-default rates were consistently lower for modifications that resulted in lower monthly payments.  When modifications decreased monthly payments by more than 10 percent, only about 23 percent of the loans became seriously delinquent six months later.”

Sounds like lowering monthly payments is better than keeping them the same or raising them…who knew?

At the end of 2008, just under 90 percent of mortgages were performing, compared with 93 percent as of September 30.