Ditech Home Loans Back in Business

Soon you might be seeing advertisements from a brand new mortgage lender. Or rather, one that used to be a huge player, which subsequently disappeared and then rose from the ashes.

I’m referring to Ditech Mortgage Corp., known affectionately as “ditech.” Yep, they’re back, just in time to take part in the weakest origination year since 2000.

For the record, their name was formed by combining “Direct” and “Technology,” and it’s lowercase because they are smaller than their uppercase Customers. That should have you smiling right about now.

Now a little history – the company was established back in 1995, based out of Costa Mesa, California where it ran somewhat successfully until it was eventually shuttered in 2010 as the housing market crumbled.

Back in the 90s, you may recall the wacky commercials that featured the famous tagline uttered by a dismayed loan officer: “Lost another loan to ditech!”

Since then, a lot has changed, namely the ownership of the company. They were purchased by GMAC Mortgage in 1998, and then acquired by Cerberus Capital Management, before later being purchased by Walter Investment Management Company in 2013.

Update: There is somehow more to the story. In February 2018, Walter Investment Management Corp. completed a financial restructuring plan and emerged from Chapter 11 bankruptcy under the name Ditech Holding Corporation.

The even have a new stock symbol, DHCP, if you’re interested in more than just mortgage loans.

This is actually the parent companys name, after it changed its name yet again, with Ditech Financial LLC and Reverse Mortgage Solutions, Inc. operating beneath it.

I don’t know about you, but I can’t handle another name change.

Return of the ditech

In May 2014, the company announced that it was back in the mortgage game. It just couldn’t stay away, no matter how hard it tried. It’s a familiar story, really.

However, now they’re headquartered in Fort Washington, Pennsylvania (where sister company Green Tree Originations is also located), with aspirations to take over the mortgage world once more.

Their business approach is three-pronged:

In other words, you’ll be able to get a loan with them directly over the phone or on their website, in person with a loan specialist, or via other lenders that resell their loan products through the correspondent channel.

As far as home loan offerings, you’ll be able to get an adjustable-rate mortgage, a fixed-rate loan, an FHA loan, a VA loan, or even a jumbo loan. The only loan type absent is the less popular USDA loan.

In the fixed mortgage department, you can get either a 30-year fixed or a 15-year fixed. Nothing too fancy or out of the ordinary there as we’re dealing with fixed rates.

However, they do claim to offer 8-year fixed mortgages if traditional isn’t your thing, along with other terms in between, similar to the YOURgage. This can come in handy while refinancing if you don’t want to extend your loan term and can handle larger monthly payments.

Their ARMs come in three flavors, including a 5/1 ARM, a 7/1, and 10/1, all of which are hybrids, meaning they’re fixed for a period of time before becoming annually adjustable.

They also offer FHA loans, HARP loans, and jumbo mortgages with loan amounts of up to $3 million (up to $1.2 million for first-time home buyers).

And ditech has a reverse mortgage business via subsidiary Reverse Mortgage Solutions, Inc. if you’re 62 and older and not into making a mortgage payment every month.

The advertised mortgage rates on their website tend to require credit scores of 720+ and low LTV ratios like 70% max. Additionally, max DTI tends to be 43%, which corresponds with the Qualified Mortgage (QM) rule.

They seem to be a .125% or .25% higher than what I’ve seen recently with other big mortgage lenders, such as Bank of America or Wells Fargo.

Aside from their lowercase name, they’ve got a few unique qualities. For one, they are an established brand with a lot of support behind them, so they can originate loans with few agency overlays.

That means you’ll be able to take advantage of more aggressive and flexible mortgage underwriting guidelines that other banks and home loan lenders might not be willing to offer.

They also offer the Fannie Mae MyCommunityMortgage, the FHA’s $100 down payment loan program, expanded lender-paid mortgage insurance, and the “Freddie Only” program, which allows them to accept LP (Loan Prospector) findings from Freddie Mac.

As far as the 125% loans go, it might be a while before they reintroduce those again…

If you happen to be a correspondent lender, you’ll have the ability to price, lock and deliver individual loans via the ditech website.

They also have a wholesale lending department, so mortgage brokers can work with ditech if they so choose.

All in all, it looks like what will set them apart is their size/backing/familiar name.  Most people will remember them and that should be enough to give them an edge, or at least a foot back in the door.

I’d like to see a little bit more technology from them given it’s in their name, but they’ve made no mention of being able to submit documents online and/or track the status of a loan online. That would be a nice touch, especially with all the fintech players emerging in this space.

They just look a bit generic with no real unique qualities – if anything, it feels like a throwback to 10 years ago, instead of a new vision. Perhaps they should give their loan programs interesting names like Quicken’s Rocket Mortgage.

Lastly, just to get this straight, three major lenders (and many smaller ones) went down during the recent housing crisis, including Countrywide, IndyMac, and GMAC.

Today, they’ve morphed into Bank of America/PennyMac, OneWest Bank, and ditech, respectively.  It’ll be interesting to see what they become this time around as the mortgage market continues to reinvent itself.

Update: Ditech now offers mortgages with just 3% down via the new Fannie Mae 97 program. Additionally, they recently launched a wholesale lending channel and are now accepting applications from mortgage brokers.

In just a few short years since the company relaunched, ditech says it is now exploring strategic alternatives with the help of Houlihan Lokey as their financial advisor.

Unfortunately, the move comes at a time when the mortgage industry is beginning to show some cracks.

Thanks to rising mortgage rates, many shops have either closed or sold out to other competitors. And the way things are going, loan origination volume is only expected to drop further.

So it’s unclear if the company is just trying to throw in the towel early before things get any worse, or if there’s another reason behind the initiative.

Either way, this could spell the real end for ditech, though the brand name certainly has staying power and value. 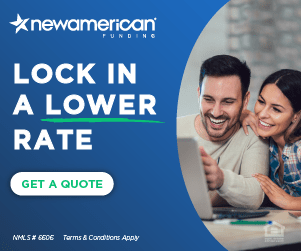 It’s possible a suitor could retain the name and build it out to match the likes of today’s mortgage disruptors, but that remains to be seen.